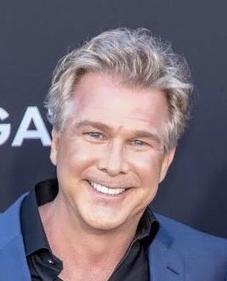 Born and raised in suburban Philadelphia, Rothenberger graduated from the English Honors Program

at the University of Pennsylvania.​

by the Academy of Motion Picture Arts and Sciences (AMPAS), for his Korean War epic, The Chosin.

Rothenberger’s script was selected from over 6,044 entries worldwide.

His first produced feature, Olympus Has Fallen, was released by FilmDistrict in the United States on March 22, 2013.   The film, directed by Antoine Fuqua and starring Gerard Butler, Morgan Freeman and Aaron Eckhart, received an A- CinemaScore from audiences and earned $30.5 million its opening weekend.  Olympus Has Fallen ultimately tallied over $170 million at the worldwide box office, making it FilmDistrict’s highest-grossing film of all time.

The Expendables 3, the latest installment in the Sylvester Stallone international blockbuster action franchise, was released in the United States on August 15, 2014.  Directed by Patrick Hughes, it starred Sylvester Stallone, Jason Statham, Arnold Schwarzenegger, Harrison Ford, Mel Gibson, Antonio Banderas and Wesley Snipes.  The film received an A- CinemaScore from audiences and earned over $214 million at the worldwide box office.

London Has Fallen, the sequel to Olympus Has Fallen, returned stars Gerard Butler, Morgan Freeman and Aaron Eckhart, and was released in the United States by Focus Features/Gramercy Pictures on March 4, 2016.  The film received an A- CinemaScore from audiences, opened as the #2 movie in North America (behind Zootopia), opened #1 in China, and grossed over $205 million at the worldwide box office, surpassing its predecessor.

Rothenberger's next entry in the Has Fallen franchise,  Angel Has Fallen (directed by Ric Roman Waugh), was released nationally on August 23, 2019, and earned $21.3 million its opening weekend, making it the #1 movie in America.  It went on to be the #1 movie in the country two weekends in a row.  Angel Has Fallen also earned an A- CinemaScore grade from audiences, and grossed over $146 million worldwide.

Rothenberger's upcoming projects include The Unrelenting Son, a horror-thriller pitch sold to Paramount, Manhunt, the English-language remake of Takashi Miike’s Shield of Straw, for Solstice Studios, Solara, a space action-adventure Chinese/American co-production for director Renny Harlin's  Extraordinary Entertainment, the adaptation of the popular mobile game The Drowning for Radar Pictures, and the action-thriller The Sentence.

Rothenberger is an avid supporter of Disabled American Veterans, the Pacific Marine Mammal Center, the Orange County SPCA and Hope For Paws.  He lives with his wife, Amy, and their dog Sophie in Irvine, CA.